Why I am discontented with Robert Kuhn's 'Closer to Truth'

The Mission of getting Closer to Truth 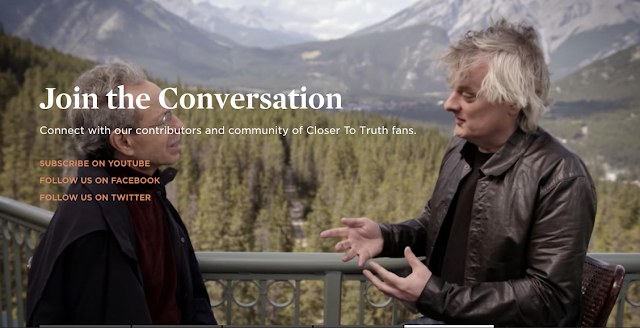 I can't say that I have listened to all Robert Kuhn's series in his format called Closer To Truth. There is a vast library now of 3500 videos of the world's greatest thinkers. Over the years I dipped into quite a few. Overall Robert Kuhn has done a magnificent job in covering such a range of views and expertise that is rarely found with such sympathetic yet probing integrity. His interviews cover physicists, biologists, scientists, philosophers, theologians, historians and many scientific disciplines of all hues.

I found them all interesting in that they were interviews with specialists and experts but I came away dissatisfied with almost all of them.

I found that they lacked a coherent scientific structure. Academic disciplines are becoming more and more separated into silos and few experts can have the vision of an overview from the heavens to the deep analysis of the infinitesimal detail. Silo-hopping results in lack of overall cohesion. Then there were failings of internal logic, which is natural. As humans we are all reluctant to yield our own prejudice for pure fact and logic. This is especially the case when it comes to theological foundations of knowledge. Materialistic liberalism infuses much modern thought, even (or especially!) among theologians. Iron needs to sharpen iron, but the right sort of iron is needed to make a sharp blade to bring overall satisfaction. Some borrow extradisciplinary iron that is already rusty.

Theology creates the big divide in academia, where the predominant philosophy disdains it. Knowledge of God requires logically obedience to God as our Creator. Or at least reverence and awe. Skeptics disparage moral laws. Or to put it another way, those who refuse the Ten Commandments call themselves atheists or excuse themselves with a religious label. What is their conscientious objection?

True science requires a pure conscience. A persistent, pure conscience can also break empires. The conscience of Judeo-Christian believers in DDR, Hungary, Poland and Russia brought the downfall of the atheistic USSR. It showed Marxism was unscientific. The Politburo was biased. It banned free discussion of the spiritual, or non-materialism. Education in Museums of Atheism did not work.

Today, however, the West is still suffering from USSR's ideological attacks and materialism that emptied churches and more. Soviet propaganda undermining society structures was long-lasting. Now the more subtle Chinese atheism and autocracy produces thousands of choking weeds. But even media and internet censorship in USA will not stop the quest for truth. There may be more professing Christians in China than in Europe.

The scientific method derives from classical reform theology. In our modern era, the Hon Robert Boyle in the 17th century and later the Royal Society laid down personal rules that a searcher for truth must make sure that his conscience is absolutely clear of prejudice, and preconceptions. Experiments must be totally impartial. Facts and logic should provide the answers. The early scientists learned logic from the Bible -- for example debunking apparent contradictions by testing multiple hypotheses. They also compared the standard Roman Catholic belief and myths with historic documents now published and translated into the common languages for the first time. The vast collection of papal claims made over a millennium were exposed as frauds.

Today our knowledge is increased in many areas. (In some other areas it has declined, such as the motor motive of science that there is one truth and fraud should be exposed and rejected.) The ideology of the popes is replaced by a Darwinistic / neo-Marxist premise (both failed theories). That results in false conclusions that everything evolved or economics dictates all human history and knowledge.

It is not progress to turn all phenomena into mindless, purposeless materialism. Such nonsense permeates the whole framework of present day thought. It represents the greatest danger to civilization -- materialism, only matter is important, not the spiritual world. Did electrons evolve to create Dark Energy, did amoebas grow to become elephants? Was it a triumph of workers over capitalists? Class warfare failed, so atheistic Marxists turn to race wars as the new Dialectical materialism.

All civilizations knew that human mind is different from rocks and chemicals and far superior in its potential to the animal brain. The whale does not do better at mathematics or astronomy because its brain is seven or eight times bigger than man's 1300 gms. Or an elephant brain with 256 billion neurons, three times more than a human.

On the other hand some birds can circumnavigate the whole planet and find their way home. The aptly named godwit, shaped like a high tech fighter aircraft, travels from Alaska to New Zealand in one go, and later flies back across oceans. No stops for food.

Some humans get lost in their own city. Could you manage two non-stop trips totalling 29,000 kms?

The godwit reduces the size of its internal organs to make space for fuel. Its brain size? The whole bird weighs about 300 gms -- and its brain must be just a couple of grams. Butterflies also travel across oceans and back. 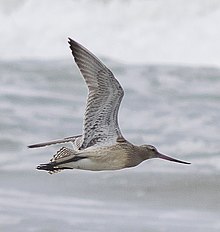 The search for truth must take all new facts and conclusions into account.

What new knowledge needs to be integrated?

The great scientists of its modern foundation period knew man was a spiritual being. They applied this knowledge. Newton and William Whiston, his successor as Lucasian professor of mathematics at Cambridge, John Wilkins, cryptologist, philosopher, Anglican bishop and first Secretary of the Royal Society, John Ray the pioneering biologist, and many others were fervent Christians. Science boomed because they were scientists in mind and spirit. Ray like Paley described how each creature was finely constructed for its own good purpose. The Bible animated all their researches. The same can be said for the next generations, such as Faraday and Maxwell who electrified our present society. Their electromagnetic wave theory is based on 'spiritual fields'. The designs of God indicate his purpose and plan but also act as a spearhead to new discoveries.

Your God is too small

No-God atheists and small-minded ministers need to stretch their minds to the reality of Creation and obviously the Creator.

We know now that the Universe is far more magnificent and vast than any could have imagined. It stretches 14 or 15 billion light years to the visible rim. Who knows what lies beyond it?  The maximum speed of 74 km/second for a rocket was achieved by the Juno probe to Jupiter using the slingshot of gravitational assist. It would take such a probe 15 billion x 300,000 x 31.56 million seconds divided by 74 -- 6 trillion years -- to reach the rim of the universe and peak into what is beyond our visible sighting of stars. I can't wait that long.

The voyage is likely to be lonely. Even though the universe is dotted with stars and many may have planets, the Earth is the only known planet in our solar system and beyond where we know there is life such as bacteria. But we see good and negative spiritual forces in battle all day long.

As we look deeper we find that the Earth has not only an extraordinary abundance of life but it is in forms that earlier man had could not imagine. Life exists in the deepest oceans and in the upper atmosphere. The simplest of cells, seen through microscopes, is as well organized as a massive city. But a cell has powers that go far beyond it. It can search for chemical foodstock. It can reproduce. It can make other cities.

Each of the creatures on earth can tell us a lesson about how to live, care for young or not, or avoid our predatory enemies. They are education. We have a book of wisdom written in Nature. Modern technologies look to Nature's original design to find new designs and inspirations.

Diseases caused by man's foolishness find their therapeutic solutions in Nature. The Nobel-prize-winning therapeutic Ivermectin, a powerful world-changing corrective and preventative to viruses (including in practice corona viruses), was found in the soil of a golf course in Japan by Satoshi Omura. It is one of the most tested, effective and cheapest of drugs. Then 'science' changed. Today the 'science' of its use may be distorted by profits of Big Pharma or a globalist agenda of those like WHO.

Last century's scientists started off by believing that the fundamental building blocks of our world, whether atoms or then atomic particles, would be simple systems. (atom= Greek indivisible) We could then work out the Lego construction of the universe.

The truth turned out to be far more complex, as is all nature. A whole zoo of particles and anti-particles, quarks, neutrinos, photons and strange and beautiful beasts act both as waves and particles. But they all work well and the average citizen does not have to look 'under the hood' to see how the material world works. Complexity and functionality is everywhere in harmony.

The universe is founded in wisdom down to the smallest detail we can figure out. 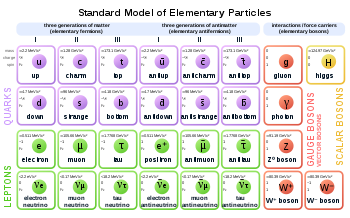 A pair of the smallest particles retain an intimate interconnection. When a human observes and measures one, the other, perhaps now at the far reaches of a galaxy, 'knows' and reacts faster than light travels. Man's decision-making affects the physical characteristics of the universe in ways we are only beginning to understand. Man operates on a spiritual plane. The human mind acts beyond the material physics.

From the least particle to the entire spread of the universe each brings a lesson to Mankind. The Great Creator God will not fit into man's box of experiences. From the stuff a billionth of a centimeter to that billions of light years, all give a lesson: if we wish we can grow in knowledge, wisdom and maturity. But silo academics must abandon 'Greek' thinking about atoms, universal measures of time and space to come to truth.

The crux of my remarks here would be to pose the question: where does one start?

Information, it has now been shown to the satisfaction of astrophysicists, can survive a Black Hole collision. Information existed before the beginning of the Universe 14 or so billion years ago. An impartial look at the existence of humankind and human observation of nature shows that it involves not only information but knowledge (from whence we deduce our sciences) and wisdom -- which is necessary for human maturity, the building of virtuous character.

Therefore all scientific analysis must start with the Wisdom Giver. Even the skeptics think they are wise. Usually groups of humans become unwise.

The early scientists were Jews or Christians but they shunned organised religion. Newton's researches led him to reject the pagan trinity. Whiston was expelled from Cambridge because of 'heresy'! Others adhered to obscure congregations of believers or were known as non-conformists and unitarians like many of America's founding fathers. They did not conform to crowd psychology. They rejected the church that absorbed paganism. They searched for truth and paid the price for non-conformity to errors. That showed that their pure conscience was fundamental to science and faith in God. Which scientist today is persecuted? Which scientist is not influenced by peer pressure or by grants from industry or government? Which real scientists are able to teach or debate in group-think universities?

After analyzing the proofs of God and how the atheistic skeptic refused them, Whiston concluded that biblical prophecy was paramount. He foretold in the 1700s, based on the Bible, that Jews would rebuild their homeland in Israel. A Temple would be built. The first happened in 1948, despite centuries of skeptics saying it was impossible. The second is yet to come. 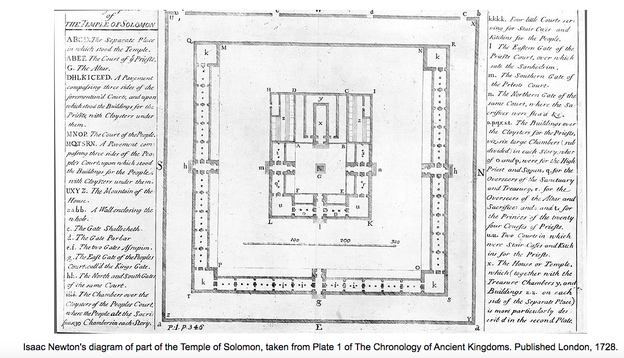 I was taught that Wisdom is the principle thing. Above all seek wisdom. Awe of the Eternal is the beginning of wisdom.