Bamboozled after 1000 years of Mariolatry? Check the Bible! 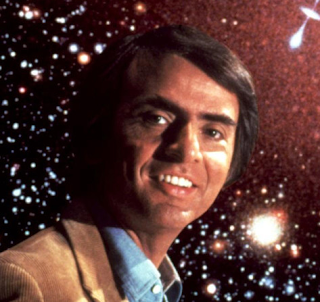 If we’ve been bamboozled long enough, we tend to reject any evidence of the bamboozle. We’re no longer interested in finding out the truth. The bamboozle has captured us. It's simply too painful to acknowledge, even to ourselves, that we've been taken in. Once you give a charlatan power over you, you almost never get it back.

Paul wrote: 'To whom you yield yourself servants to obey, his servants you are to whom you obey,' Rom 6:16.

It is a dangerous path even for an astrophysicist to submit himself to an atheistic dogma instead of keeping an open mind. It is like propelling yourself into a cul-de-sac and then complaining there is no way forward.

When it comes to a relationship with the Creator, we cannot give up in our search for the truth. How can we be sure of the truth of biblical Christianity, free from propaganda and disinformation?

Original 'Christianity' is vastly different from that a few centuries later. The Roman Empire subjected its population to a sustained disinformation campaign. Thus a church arose that tried to absorb the beliefs of Christ and the apostles of the first century into its deeply pagan framework.

The early believers did not even call themselves 'Christian'. This was a term invented by their opponents at Antioch as Acts 11:26 records.

Since the time that a form of 'Christianity' became the official religion of the Roman Empire, the imperial authorities centralised doctrine in a way that drew in the masses. Thus the Roman Catholic Church became a mixture of paganism including myths of Greek, Roman and Egyptian demigods with a veneer of Christianity. At the same time the church remained antisemitic so the Hebrew Scriptures were despised, banned and burned. Jewish Christians were declared heretics.

Thus the Catholic dogma of the Blessed Virgin Mary (BVM) arose. It had more in common with Greek pagan legends than Hebrew history and custom. Mary, or Mariam as the NT calls her, should be given due respect. But this version had little in common with the Bible. She was transformed into a plaster model of the Greek goddess, Artemis, the Queen of Heaven. The theme of the virgin goddess with child is common throughout all paganism from China to the West. It is denounced in the Bible.

Once the BVM falsehood was entrenched as a doctrine, how was it sustained against questions by the few who had access to the New Testament? By bad logic and subterfuge. Up to quite recently Roman Catholics were forbidden to read the Bible and only listen to their priests. Why? The Bible makes nonsense of the doctrine of the forever virginal Queen of Heaven, the Blessed Virgin Mary.

One example is John 8:38 41, the incident when Jesus was in the Temple and confronted by people who wanted to kill him. They say that 'We are not the children of fornication.'

Ah ha, say the Roman Catholics, obviously they thought Jesus was a child of fornication because he was born of the Blessed Virgin Mary. Joseph was not his father.

Bad logic! It is amazing how such illogicalities persist. If someone says to you: ‘I am not a thief’, does that mean that you are a thief? If he says 'I am not an idol-worshipper,' does that mean you are?

Some Pharisees were of dubious birth. That created jealousy compared with the stricter Sadducees on Temple matters. They were shamed by the undeniability of Christ’s legitimate pedigree as both King and Priest. Jesus was perfect in all his generations. The Hebrew Scriptures, Tanak, finish with the genealogies of Chronicles and the NT begins with the genealogy from there to Christ. Above all Christ was true to his ancestors' faith in God, unpolluted by the devil. The Pharisees not only perverted the truth but wanted to kill the son of Abraham, Isaac, Jacob and David, a personage prophesied throughout the Scriptures as the Anointed, Dt 18:18 and 17:14.

The spirit of murder showed they were not legitimate, even though they might be sons of Abraham. It was the spirit of the devil.

How do I know the Roman Catholic interpretation is incorrect? I will give you three proofs. Jesus spoke inside the Temple and taught priests inside the Court of Priests. The Torah in Deut 23:2 says that

No bastard (mamzer – someone of unproven pedigree) shall enter the Court of Israel surrounding the Temple – on pain of death.

And no Israelite other than Levitical priests could enter the Court of Priests. Furthermore, no offspring of such a person may enter the Temple for TEN generations. If as Catholics say Jesus maintained he had no earthly father then he would be dead if he tried to enter the Temple, dispatched by the armed Temple guards. To claim that he was like the pagan demigods and was the offspring of a virgin and Zeus/ Jupiter was an even surer way to oblivion if he crossed into the precincts of the Temple.

The word of a future emperor

Secondly, the Romans under Julius Caesar when they made a treaty with the Jews respected the right for them to forbid all foreigners and mamzers from the Temple.

This continued until the very date of the destruction of the Temple in 70 CE. We have the witness of Titus, son of emperor Vespasian, recorded in Josephus.

Titus was deeply affected and reproached {those in the Temple}:

‘Have not you, vile wretches that you are, by our permission, put up this partition wall before your sanctuary? Have not you been allowed to put up the pillars thereto belonging, at due distances, and to engrave in Greek and in your own letters, this prohibition, that no foreigner should go beyond the wall.

Have we not given you leave to kill such as go beyond it, though he were a Roman?’

Thirdly, those massive stone warnings, written in Greek and Latin (and Hebrew for the Court of Priests) were repeated every few meters. They said in bold red letters that anyone entering (a) the Court of Israel who was not an authentic Israelite (verified for ten generations) and (b) anyone who was not an authentic Levite (verified over ten generations) would be killed and their death was their own fault.

This is my facsimile of it. 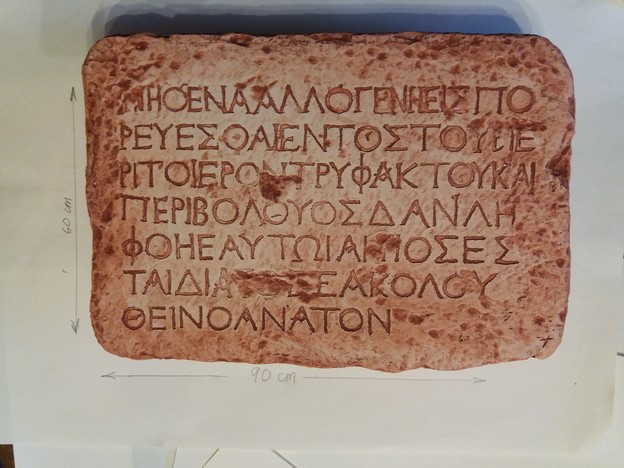 Nobody at all of alien racial stock may proceed within the balustrade surrounding the sanctuary and the encompassing court. Whoever ventures inside will be responsible for his death that will ensue.

The original stone 90cm by 60 cm by 30 cm was discovered by Clermont-Ganneau in 1871. It is now on display in the Archaeological Museum of Istanbul. Another piece of such a Warning Stone has also been uncovered.

The reluctance of the churches to draw the right conclusions about the Catholic BVM dogma shows how deeply disinformation over a millennium by the RCC is hard to shift.

If modern 'Christianity' is all based on a false premise, then what is it really? BAMBOOZLED.

If 'scientists' and modern theologians believe that the miracles of Christ and his resurrection could not happen, then they are denying the evidence and are equally bamboozled.