Was there a "lost century" of Christian history after 70 CE?

Does the "Lost Century" of Church history exist?
NO
This so-called missing century goes from just before the destruction of the Temple in 70 to 150 or 170 CE. What happened to the Church?
1. The first mistake is to use the term 'church' . It is not in the Bible! Early believers were called an ekklesia. As a Greek term, it means congregation, an official assembly. The later "Church" is a pagan term, reflecting pagan organization and pagan structure. The ekklesia translates the Hebrew qahal or tribal or national Congregation or assembly. It is a very specific term. The qahal were Israelites and composed the Congregation of Israel that met in the Temple for specific rituals.
Ever wonder why the book of Acts speaks of 120 'names' witnessing the Ascension of Christ? Names means that they were nominated. They were ambassadors from the twelve scattered tribes of Israel. Jesus visited all the tribal capital cities -- as is clear from the NT. Shechem was Joseph and other patriarchs were and are buried. 120 = 12 x 10. They came from Parthia -- Rome's superpower rival to the East -- and from wherever the Israelites were scattered.
2. Part of the confusion about the early ekklesia in the period 50 to 150 is due to the popular history sources people use. Many books quote Gibbon who was a skeptic. He discounts the Resurrection as a real event, ignores important witnesses, and downplays Philo and Josephus. They record that Sejanus, who had practically the power of emperor while Tiberius was semi-retired in Capri, acted much like Hitler or Islamic State against the Jews. He led many of the senate who wanted to exterminate all the Jews. Why? This was in the early 30s, even before Caligula took power. Sejanus had Tiberius's son Drusus poisoned and wanted to take over the Empire. Tiberius was alerted and had him removed and executed. Gibbon omits these major events of the first century and then talks about a 'thick mist'! That's hardly surprising: remove some facts and claim a mystery. 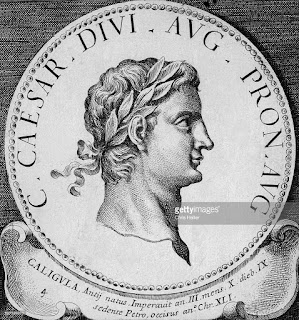 
What was going on? The Resurrection threatened Rome. In his chapter 15 he hardly deals with Caligula -- except calling him mad. It is hardly a coincidence that Gaius Caligula emperor 37 to 41 CE decided to call himself 'God' and Jupiter. Rome balked at this, so Caligula said he would go to Egypt who were experts in making emperors gods.
Then he said he would set up his headquarters in the Temple in Jerusalem. Why the Temple? He would challenged Almighty God and all the prophecies of Christ about the Abomination of Desolation!
Read Tertullian and it is easy to understand. He lived in a time a century later when he was freer to tell the story without being attacked.
He said that in 30 CE the emperor Tiberius agreed to call Jesus 'God' because he was convinced by the reports from Pilate about the Resurrection. Why did not the whole Empire proclaim the resurrected Jesus as God? Tertullian says that the Senate refused. Why? Because they knew a resurrected Christ, officially recognized by the State, would undermine the whole pantheon of Rome -- Jupiter, Venus, Mars, Minerva etc. They said the Senate (at odds with Tiberius) had powers to define who was a god.
Jesus proved this was crazy! It was a nonsense because everyone knew Christ was God. He had multiple witnesses.  High priests and worshipers, Pilate, the legions and the whole of the population of Jerusalem had seen him rise from the dead and ascend to heaven. This knowledge is confirmed in many early writings of the centuries.
3. The Temple was the center of Christian worship. The ekklesia met in the Temple. The ekklesia also met in areas outside the Roman Empire, where the number of representatives was always a multiple of 12. The early writings tell how the apostles visited some of these Israelite areas.
In the Empire Christians giving public speeches about the resurrection of Jewish Christ and his coming again to the Temple to judge them would be worse than doing the same thing in the Soviet Union or Nazi Germany! The Roman Empire was a military dictatorship. It then destroyed the Temple! That did not change the resurrection as a fact! But it's when the extirpation of Jews and Christians began. They were made slaves, thrown underground to work in the mines, never to see sunlight again.
4. What the historians do not deal with -- the immediate destruction of much paganism because of the Resurrection. It showed paganism was false. The result of destroying the Temple? Not what the Romans expected. The Roman pantheon was DESTROYED. No one spoke much of Mars and Jupiter, Venus again. Nor do they have worshipers today! In the second century even the emperors recognized that Jesus was God! See Justin Martyr. The pagan priests (pontiffs) turned the people to sun worship and then to Mithraism.
You will find all the details in the book : Jesus, James, Joseph and the past and future Temple. It is available as a free electronic version on academia.edu at
http://www.academia.edu/…/Jesus_James_Joseph_and_the_past_a…
The mists and mystery of a 'lost century' only exist for those who do not believe in the Resurrection!
at 9:17 AM No comments: