'Church' is not what the Bible says!

The idea of 'church' is comes largely from the pagan idea of their assemblies. What the Bible says about assemblies may shock almost everyone that goes to church!
The entire NT uses terms that have nothing really to do with religious gatherings. It uses the current political terms in Greek.
They refer to the Kingdom or Empire of God!
ECCLESIA
Ecclesia is a political not a religious term. It means a political and legislative assembly or congregation. This is obfuscated in the KJV because King James forbade his Puritan translators to use Congregation (as translated by Tyndale) because it destroyed the church structure with a hierarchy of bishops, over which he presided.
So following this rule, we have the nonsense translation of the 'church in the wilderness' of the Exodus in Acts 7:38. This is the Qahal, the Congregation of the 12 tribes of Israel, J3, p65. The word ekklesia also appears in Acts 19:32 where it is obvious it is a political assembly of pagan Greeks roused against Paul at Ephesus. KJV could not call it a church! v37 should be translated as robbers of (pagan) temples, not churches! Was this the Puritans' revenge?
The message Christ brought was about a legitimate kingdom.
EPISTATES
Who is head of an ekklesia in Greek? An epistates.
Jesus is called an epistates 7 times in Luke 5:5 to 17:13. The epistates is the commander of the city and the key holder of the gate. (In Jerusalem it is the key of David.) The epistates also heads the popular assembly called in Greek the Boule. The Greek term sanhedrin can mean any type of council, pagan, Roman or Jewish. Context is important.
SUMBOULION and SENATORS
For Jews to recommend the death sentence to the Roman Governor who had the authority to execute, a super assembly was called to decide, a sumboulion composed of 'high priests, the senate (presbyterion) and the scribes (lawyers) and the sanhedrin,' Mark 15:1 and elsewhere. Note that what some today consider uniquely a religious officer, a presbyter, is a senator, eminently political. (Presbyter = olderman, elder; senator from Latin senex= old man).
When Greece had the presidency of the 28 Member State European Union I noted that the super-council was called a sumboulion. 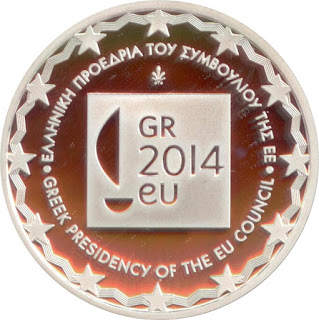 AMBASSADORS
Apostle means messenger or ambassador. It is political and diplomatic. The High Priest was an ethnarch, a Roman-appointed political figure. Theophilus, the high priest in 37 CE, has the title Most Excellent of an ethnarch, a political leader, Luke 1:3. He had powers to designate ambassadors or apostles. Paul was at first an ambassador of Annas and Caiaphas, or more likely of Jonathan the successor who attacked the Nazarenes, and sent to Damascus but he became an apostle or ambassador of Christ.
When Christ said he would build his ekklesia, his Congregation, it was a political assembly. He designated first 70 for this, Luke 10. It was later expanded with the named ambassadors to 120 of the 12 tribes, Acts 1:15.
EPISKOPOS
Bishop is also a political term. The Greek term, episkopos, meant in the first century a superintendent of the ekklesia and public works sent from the central power to a subsidary state. James is called the bishop of bishops because he certified those who were in charge of the political congregations of Jews and believers at home and abroad, as the legitimate head of government.
DESPOTES
Despotes means absolute, Sovereign Ruler. It is used of masters relative to slaves, whom they could kill or torture at will. Free Jews hesitated or refused to use the term about the Emperor. For them there was only one Despot with unchallenged power -- and that was Almighty God. To use it of any human was blasphemy. In the NT Christ used it of himself as the Sovereign Ruler of the House -- the Temple -- oikodespotes, the Chief Priest. The high priests had to obey the Chief Priest, Cohen haRosh. Peter (2Peter 2:1) and Jude 4 refer to Christ as Despotes. The larger family of Christ who were Nazarenes were also called by this name.
See Jesus, James Jesus, p317.
Analyze Disinformation used against you!
Disinformation Techniques
These are examples of how disinformation techniques were used, not to change the NT, but to change the meanings of the words in the NT to fit in with the State-run Catholic church of the Roman Empire. The same disinformation technique of changing gradually the meaning of a word is used today. The change of the meaning of Palestine by the Soviet KGB is a case in point. Up to the 1950s Palestine meant Israel and Palestinian meant Jew. The Palestine Mandate defined Jews as Palestinians!

Church has different origins. The ancient British and Welsh term is Eglwys (pronounced egloois). It clearly derives from the Greek, ekklesia. The early Nazarene ekklesia did not own buildings but met in people's houses, the synagogues, or designated open spaces, Acts 16:13.

How long was a generation in the time of Christ?

King David spoke of a lifetime being 70 or 80 years. So when the parable of the Fig Tree says that once Israel begins to flourish again, the Return of Christ will happen within a generation, does he mean within 80 years?
King David in a time of almost continuous war spoke of the life-span being 70 or 80 years. However people lived shorter lives or much longer lives, both before and after David.
Public hygiene makes a huge difference. With improvements the chemical, pharmaceutical industries claim that today's longevity is due to their medicinal productions, while others have attributed it to better water quality, cleanliness and understanding of the natural laws of health.
What was the length of a generation in the time of Christ when he said 'that generation (of the fig tree revived) shall not pass away"?
The Esseans and their Egyptian-based brethren the Therapeutae (the Greek actually means worshippers of God) lived long. These two groups identified with believers of the pre-Christian and Nazarene period were known as physicians expert in healing (asiai) as were the Nazarenes. How long did they live? We have the witness of Hegesippus of the first and second century, recorded in Eusebius Ecc History book 3, ch 32. Symeon, son of Clopas, was a cousin of Jesus who around 100 CE was the successor of James, the superintendent (bishop) of the Temple.
2. Hegesippus, whose words we have already quoted in various places, is witness to this fact also. Speaking of certain heretics he adds that Symeon was accused by them at this time; and since it was clear that he was Christian, he was tortured in various ways for many days, and astonished even the judge himself and his attendants in the highest degree, and finally he suffered a death similar to that of our Lord.
3. Here's what Eusebius wrote:
"But there is nothing like hearing the historian himself, who writes as follows: Certain of these heretics brought accusation against Symeon, the son of Clopas, on the ground that he was a descendant of David and Christian; and thus he suffered martyrdom, at the age of one hundred and twenty years, while Trajan was emperor and Atticus governor...
6. "And after being tortured for many days he suffered, and all, including even the proconsul, marvelled that, at the age of one hundred and twenty years, he could endure so much. And orders were given that he should be crucified."
Atticus was Roman Legate from 99 to 102 CE.

7. When did the Fig Tree begin to flourish again?
Was it in 1967 when Jerusalem was liberated?
Was it in 1948 when the State of Israel was declared?
Was it in 1920 when world powers declared that a Mandate so that all Jews could reclaim the land that belonged to them and which they had continually claimed for nearly 2000 years of exile?
Seen by 1
Like
Comment