Science before our Science proves an all-knowing God

The God of the Universe is the Information Giver

Carl Sagan, the cosmologist, was a well-known and vocal advocate of science over religion. Science, for him, was 'a candle in the dark in the demon-haunted world.'

By that Carl Sagan wanted to replace all religions by 'science'.

It is true the world is full of superstition and lies. Clear thinking and logic is needed to disentangle the knots and see the truth. That logical, analytical process is today called science.

Sagan did not believe in loving, all-powerful, wise God. At best he considered himself as a pantheist.  Why?

Is his true science? Can we call Sagan a real scientist? Sagan was keen to show how small mankind was as a dot on a planet that is a dot in a solar system that is insignificant as one of innumerable galaxies across the untold vastness of space.

That is a pretty pathetic analysis. It is scarcely comparable to ant any regarding the Great Pyramid of Giza or a moon rocket on its return trajectory.

What is impossible for an ant brain and its physical limitations, should tell us to search for bigger minds and vaster physical capabilities far beyond our own imagination.

The existence of that power is beyond doubt.

At the start: Information

Science is based on first establishing a sound premise that all can agree on. Then add perceived facts, make some theories and do some testing.

I start with the fact that information exists. That is fundamental to all science. How did it arise? What is its cause? Scientists should deduce by the laws of causality that information came from the Information Giver, some super-intelligent being.

What do those on earth learn? No earthy power, including death, is greater than love. That is a main message from the Information Giver to all earthlings. Animals, even, show that love to their offspring. That concept reaches far beyond the physics of the universe. It poses questions that no physicist can answer from physics.

Logically then Sagan did not believe in real science. He was a bamboozler. He is building his exposition on something less substantial than air.

A single strand of DNA has as much information as an encyclopedia -- 1.5 Gbytes. DNA has been artificially manipulated to produce coded messages and successfully sent to a recipient in Europe. Sherlock Holmes now needs a laboratory! The human body alone with its 100 trillion cells contains 150 Zettabytes (ten followed by 21 noughts). https://bitesizebio.com/8378/how-much-information-is-stored-in-the-human-genome/

There are three spheres of information to explain: mathematics, the laws of physics, and the moral law that allows us to judge other’s actions and thoughts (and if we are honest our own.)  The human default mode is not to judge ourselves, especially when we recognize human deceit in others. 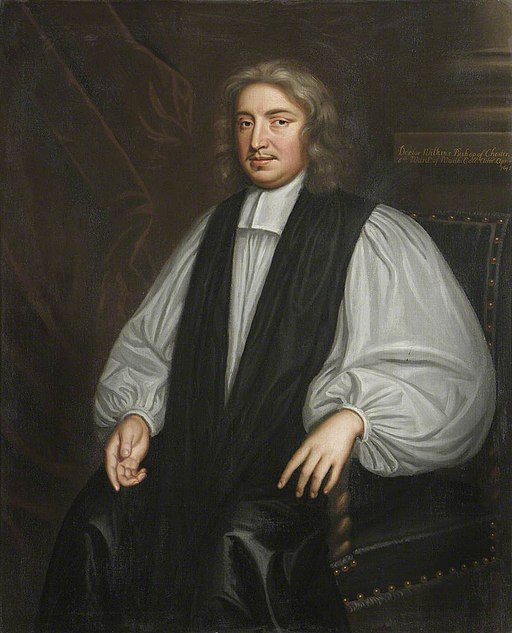 These three dimensions of knowledge were described by John Wilkins the first Secretary of the Royal Society (of Newton, Boyle, Wren etc.) in London in the late 1600s. Atheists have had more than three centuries to explain how this happens.

Atheists are not scientists. They adhere to the laws of logic and deduction but on physical matters. But there they stop. They refuse to accept an Information Giver in the moral sphere. That defies logic. It shows they are not impartial. They are prejudiced at a step that can affect their lives with a major scientific conclusion. If they do not accept the universality of these laws, mathematical, physical and moral, they do not understand science.

Science proves its conclusions by mathematics, physical observation of objects and in the human sciences showing the success and failures of individuals and societies by moral law. But atheists say 'When it comes to me, there is an exception. I do not have to submit to a conclusion that will affect my life style.' They throw up spurious, unscientific arguments, logically inconsistent with their avowed process.

Wilkins was, among many other things, a cryptographer and well knew that what seems gibberish to some people contains a message from a real information giver.

The moral message of the Information Giver passes through all the noise and human gibberish.
God has a Plan for us all. God is Love.
at 5:58 AM No comments: