What was Joseph's reaction to the news of Mary's pregnancy?

The answer will depend on whether you follow later “Church Fathers” and medieval myth or read the Bible as a historic document in its original Hebrew and Greek for the Jewish audience it was originally intended for. The Gentile Church after the destruction of Jerusalem in 70 CE interpreted the NT in a way to conform to Hellenistic and semi-pagan culture. This took for granted that demi-gods were the product of gods like Zeus descending on 15 year old virgins and producing demi-gods.

Jerome was obsessed with virginity and the Virgins of Rome. (Rome would disappear if there were no more Vestal Virgins.) He said both Joseph and Mary were perpetual virgins. He made matters worse with mistranslations from Greek to Latin in his Vulgate NT.

How would a Jew, a believer in Jesus Christ, read the Greek NT?
1. He would understand Hebrew marriage was different from Roman marriage or modern marriage. Genealogy dominated all society among the 12 tribes. That is why the NT starts with Christ’s pedigree and the Hebrew scriptures in their order ends with Chronicles. The Messiah had to be a lineal descendent of David, John 7:42 and as Paul says Romans 1:3. 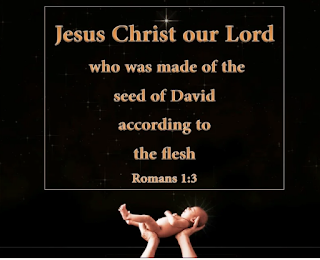 2. Parents therefore arranged marriages of their young children. When they reached their teens and first maturity the girl and boy could agree and they were ‘betrothed’ by a ceremony of qiddushin or erusin. This meant they were married in the sense that only a divorce ( a ‘get’) could break the bond. (Far different from present day ‘engagement’). The girl still lived at her father’s house until the bridegroom had built a home for her and was ready to assume all duties of its head of household. Then he called for her and the community to celebrate the wedding in a ceremony called nisu’in, the ‘home-coming’ or ‘coming together’ mentioned several times in the NT in Matt 25, Revelation etc.

3. When the NT says Joseph and Mary (Mariam in the Greek) were betrothed it means they were married according to the Hebrew custom. Once the girl/ woman left her father’s home the couple could enjoy their marriage and man became fully her husband. The nisu’in was an extra ceremony. For Joseph it was not normally possible to bring Mariam to Bethlehem, because as the hereditary home of King David it had been destroyed by Herod, who saw all Davidic descendants as enemies to his claim as king under the Romans. The NT says there was ‘no place’ there. Only shepherds were allowed there. Then Herod used the Roman registration decree to get Davidic claimants to register in Bethlehem. It was highly dangerous for Joseph. More so for Mariam who was both old and pregnant, Luke 1:36. God, through an angel, told Joseph ‘not to be afraid to take your wife with you,’ Mt 1:20, because the child was conceived according to God’s plan.

4. Matt ch 1:18 says: (a) they were betrothed, that is married in our sense. (b) Before their ‘coming together’ Mariam was found to be pregnant by God’s grace of his spiritual action. The term ‘coming together’ refers to nisu’in the celebration of the community at the bridegroom’s home. It is used both in Hebrew and Greek secular literature to mean the ceremony of a bridegroom taking his new wife to his home and the community coming together to celebrate it. The next verse has nothing to do with divorce. The Greek word means putting aside, that is putting her in a safe place and avoiding a long journey during pregnancy and possible death by Herod’s men.

5. To create the virgin conception myth, v 25 was distorted or misunderstood by the early Gentile church. It was ripped out of the chronological sequence. They ignored the Jewish and Christian culture.

And he did not know her till she had brought forth her firstborn son.

Read the context. Mariam was already pregnant. Jewish purity law forbade intercourse with a pregnant woman. If this occurred the legalists could say the child was not pure. This was especially important for Joseph and Mariam and any claim to priesthood and royalty of their offspring. Early Christian/Nazarene writings take the same view about forbidding intercourse once the wife is pregnant.

6. Joseph and Mariam would clearly be both shocked and delighted that they were to have a child as they were both in their old age, Luke 1:36, and it was a miracle as was the child Isaac of Abraham and Sarah and many other faithful couple in the Bible. Children in old age is a sign of God’s hand. In Jewish law a woman is considered a virgin before she menstruates. An old woman who is past her menopause is also considered to be a virgin for the purposes of her fulfilling the laws of purity called Niddah described in Leviticus 12 (=Luke 2:22) and Lev 15:19ff.

7. The semi-pagan Roman-instituted church of Constantine wanted nothing to do with the Jews. Medieval followers of Jerome etc confused the NT history with that of Hellenistic deities and hang-ups about virgins because the Greek and especially Hebrew scriptures were forbidden. The Latin Vulgate was gibberish to many priests and their parishioners. Hebrew scrolls were burnt. Translations into local languages were forbidden on pain of death. Ignorance reigned.

8. The Bible is quite clear about the two spheres of begettal. One is that of humans in marriage. Christ explained that a spiritual, second begettal was possible through the Spirit of God, John 3, to Nicodemus. The confusion caused by the pagans who claimed to be Christians has hidden this greatest truth from present-day, would-be followers of the Eternal God. The authentic documents are recorded more fully at "Jesus, James, Joseph and the past and future Temple" N54final version and in the paper version.