The academics should be commended in trying to bring some contemporary Roman background into the gospel history. The PBS film on the "Last days of Jesus" can be found on You Tube at https://www.youtube.com/watch?v=gLStDEBPCfo&t=3848s They did not however begin to address the major problem of Jerusalem politics: the Temple. This had been rebuilt with the aid of Parthia, the Israelite-run Super-State rival of Rome -- with whom Tiberius had tried to make and keep peace.  Vast populations of the Diaspora in Europe had also contributed in anticipation of the coming Messiah. 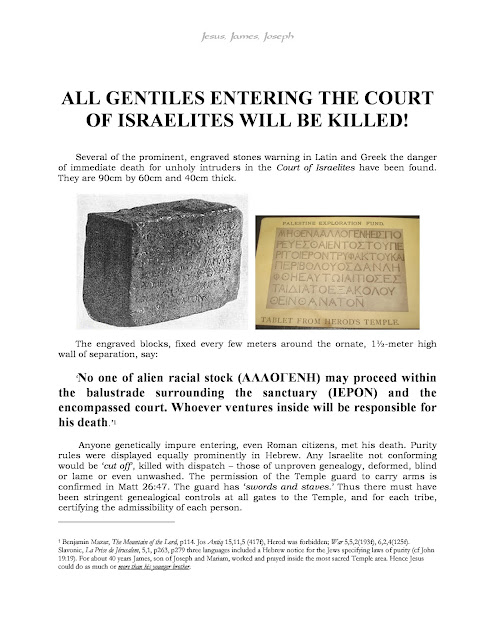 1. Sejanus was a key figure, a fervent anti-Semite. He like other Romans hated the fact that the Jews and the Temple were not subsumed in the Roman central control of the pantheon and the College of Pontiffs. Historical facts of the gospels in a Hebrew context make perfect sense. The scholars have, however, indirectly pointed to problems arising from the "Easter" week tradition of 4th century Constantine's imperial church. That tradition arose once he had eliminated all Jewish Christians. (The latter knew about the Passover dates, Davidic kingship and true high priesthood.) It is not honest scholarship if "scholars" re-write the gospels at their whim because of these conflicts or ignorance of first century Judaism. If the gospels are read as Jewish-Christian or Nazarene documents, many of the supposed "difficulties"disappear. See nazareneproject.com articles or  https://www.academia.edu/25051668/Jesus_James_Joseph_and_the_past_and_future_Temple_Version_N36
2. However, the program's theory of stretching a day to six months (including a half-year stay of Jesus in prison) does not hold water. The chronology is forced out of shape. The Crucifixion/ Resurrection occurred in 30 CE (verifiable by the Hebrew calendar). Sejanus was at his peak of power. Major facts left out: Christ cleansed the Temple at least two times. He cleansed it at the start of his mission. What is remarkable is that he had no resistance from the armed Temple guard, nor did the Roman legions intervene. What did he cleanse? The area was the periphery of the square Temple complex which was a furlong in length. The merchants' area may well have covered half a mile. Furthermore Mark 11 says he let no one carry vessels through the Temple. Alone? The gospels say the Temple guards ('the boys') cried Hosanna! He was in charge of the Temple guard! He had authority as an Aaronic priest because his mother was a daughter of Aaron, a direct descendant. So was John the Baptist via Elizabeth (Elisheva). John is called a high priest in the Hebrew Josephus. The next morning the high priests like Caiaphas, Annas came peaceably like kittens to converse with Jesus. Their question was about authority. Jesus had this. They didn't.
3. What is the picture with the correct chronology of 30 CE? Tertullian and others confirm that Pilate wrote dispatches to emperor Tiberius that the Resurrection actually happened and was eye-witnessed by the masses. It was undeniable. hence Tiberius acclaimed Jesus as god. The Senate (which was then led along by Sejanus) objected. They dug out an old law saying the Senate had to approve in the naming of gods! Tertullian mocks them, saying the poor gods, they would have to pray to the Senators that they should be recognized! Tiberius replied that anyone who attacked the Jews would be killed. It was at this stage that the plot of Sejanus fell apart. Sejanus was exposed and executed in autumn 31 CE. Later secular writings to the emperors indicate that Christ's divinity -- via the Resurrection -- was not challenged. The proof was irrefutable. Jesus was not a Protestant-style "preacher". He was a Teacher, a Temple Teacher. He taught in the Temple -- which is why the Davidic and Aaronic genealogies are in the gospels. They provide the proof of his authority. (It was forbidden to enter the Temple with long hair! ) The high priests call Pilate "Lord" as representative of Rome. But Jesus didn't. Why wasn't this a crime? He outranked Pilate. Pilate calls him King of the Jews and says he is innocent of any crime. Why? Because the Temple was considered a separate City-State with its own rules and armed priests. This was recognized in the treaty Julius Caesar made with the Maccabees.
If the academics would have stuck to the facts and proper dates, and avoided pet theories, they would have had a clearer explanation of many if not all of the problems they were seeking to elucidate. They would have also found that for the Romans, for Tiberius and for Pilate and Sejanus, 30 CE and 31 CE were not the 'Last Days of Jesus'!
at 6:23 AM